Juli has been a member of Therapeutic Paws of Canada (TPOC) for over a decade. The organization’s mission is to enhance quality of life and health through the animal/human bond. TPOC is a 100% volunteer-run organization and registered charity that operates across Canada and offers free pet therapy to long-term care centres, hospitals, schools, day-away programs, hospices, workplaces, courtrooms and more. Juli joined the Barrie Team in 2011 after finding herself looking for more enrichment in her life. Her Great Pyrenees, Lacy, had an amazing temperament and wonderful manners, and that combination prompted Juli to share the bond that they had with others. Juli has held several roles within Therapeutic Paws of Canada, most recently Vice Chair and Treasurer. She has a Bachelor of Administrative Studies from York University and brings over 25 years of administrative, sales and marketing experience as well as strong organizational and interpersonal skills to her role. She also has a passion for rescue and responsible pet ownership. Her current role within the organization is Director of Evaluators – she oversees all pet evaluations that take place across Canada to admit pets and volunteers into TPOC programs. She also sits on the Board of Directors and provides knowledgeable insight and guidance. She shares her home with her husband of 25 years, Alan, her daughter Ashley and her dogs Lavender and Inuk. 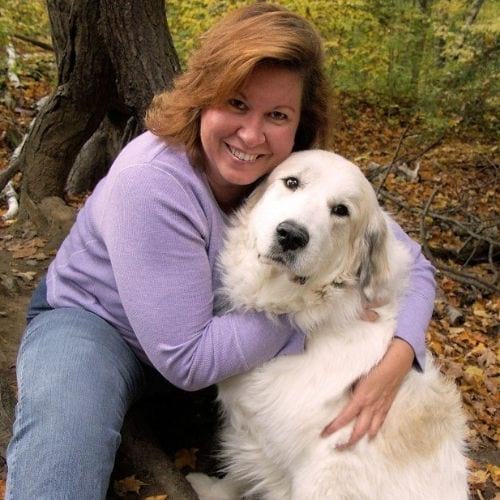